To execute photodynamic therapy by producing reactive oxygen species, zinc phthalocyanine (ZnPc) needs to be loaded onto the G-quadruplex region to increase the ligand’s solubility.

In this experiment, we confirmed the loading of ZnPC onto the GI sequence using scanning spectrophotometry. Following that, we performed a singlet oxygen sensor green assay to evaluate reactive oxygen production in response to laser irradiation.

ZnPc, a photosensitizer, is commonly used in photodynamic therapy (PDT). This involves the use of light to induce cell death via the generation of reactive oxygen species. After ZnPC loads onto the G-quadruplex through 𝜋-stacking interactions, ZnPC-DNA complexes absorb at 680 nm due to a phenomenon called the bathochromic shift [1]. Therefore, we expect to see a peak in the red spectrum if loading was successful.

Under physiological conditions, ZnPC is insoluble and forms aggregates that do not effectively generate reactive oxygen species (ROS) during irradiation [2]. Therefore, a carrier is necessary for solubilization and induction of therapeutic effects. Based on this, we would expect greater ROS generation from bound ZnPC than unbound ZnPC.

Image 1: ZnPC loaded onto the G-quadruplex

Spectrophotometry is a tool that quantitatively analyses the property of materials depending on how much light is absorbed. Scanning spectrophotometry measures the absorbance of light at every wavelength within a range by comparing the difference in intensities between the beam emitted from the machine’s light source and the ray that hits the photodetector after passing through the sample [3].

Singlet Oxygen Sensor Green (SOSG) is a commercially available reagent composed of fluorescein and anthracene moieties. In its default state, the fluorescein is constantly being quenched by the anthracene. However, in the presence of reactive oxygen species, the anthracene forms an endoperoxide moiety and fluorescence occurs [4].

Forty millimolar tris-acetate buffer was prepared by first dissolving Trizma acetate salt (Sigma Aldrich) in Milli-Q water. NaCl, KCl, and MgCl2 were added to bring the cation concentrations to 0.1M, 25 mM, and 10 mM respectively. DMSO was added to reach 10% v/v, and the pH was adjusted to 7.4 using acetic acid.

All samples were run on a UV-vis spectrophotometer (Cary 4000) from 250nm to 750nm using tris-acetate buffer as a blank.

The Singlet Oxygen Sensor Green reagent (Thermo Fisher Scientific) was solubilized in methanol to make a 5 mM stock solution. This was then added to ZnPC or ZnPC and GI samples to a final concentration of 20 nM. A 650 nm laser was used to irradiate each sample for 2 minutes before measuring fluorescence at Ex/Em 504/525 nm using Varioskan.

As shown in Image 2, while ZnPC or GI sequence alone does not absorb at 680 nm, a clear peak forms in samples with both. The height of this peak increases with increasing concentration of DNA, demonstrating that increasing the concentration of G-quadruplexes increases the amount of ZnPC bound and results in a more pronounced bathochromic shift. 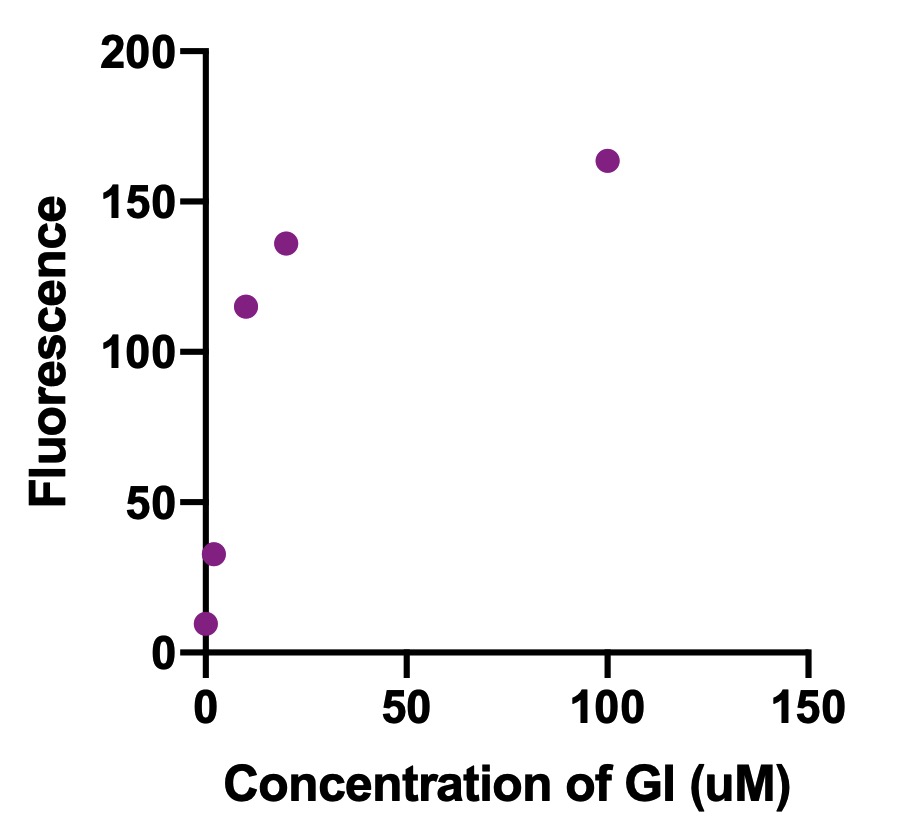 Image 3: Graph of fluorescence from SOSG as a function of GI concentration

Image 3 demonstrates that the amount of ROS generated generally increases with the amount of G-quadruplex available to bind ZnPC, and that ZnPC alone barely yielded more fluorescence than the blank solution. This is in accordance with our findings that more bound ZnPC results in greater absorbance at 680 nm, since absorbance of red laser radiation is necessary for reactive oxygen species generation.

The data gathered supports the claim that ZnPC needs to be loaded onto the G-quadruplex to be effectively used for photodynamic therapy. ZnPC alone does not absorb 680 nm light or efficiently generate ROS but readily does both when combined with the GI sequence. Increasing the amount of GI available for binding also increases the absorbance and improves ROS generation. Further experimentation elucidating the saturation level of ZnPC binding to GI would be helpful in optimizing loading efficiency.