In order to serve as the template for rolling circle amplification (RCA) in nanoclew synthesis, single-stranded linear DNA must be processed to form a circular template-primer complex.

To synthesize this complex, we first closed the linear template into a loop by annealing the primer to it, and then sealed the nick in the template. For the latter step, we varied the temperature and incubation time of the ligation step to determine the most efficient method for circular complex synthesis.

Nanoclew synthesis begins with the formation of a circular template-primer complex, which is used by phi29 DNA Polymerase for the rolling circle amplification (RCA) process. During RCA, the polymerase repetitively amplifies the complex, synthesizing ssDNA that folds into the nanoclew.

The process of circular template-primer complex synthesis begins by annealing the primer to the template to form a loop. This is because the primer is complementary to both ends of the linear template (see Image 1). T4 DNA ligase is used to seal the nick in the loop. According to Bullard and Bowater, nick sealing can be completed by incubating at 37°C for 30 minutes [1]. However, NEB recommends doing ligations at room temperature for one hour [2]. Therefore, we sought to determine the optimal temperature and incubation time for creating the circular template-primer complex, as leftover linear strands compete with the circular templates for enzymatic active sites. 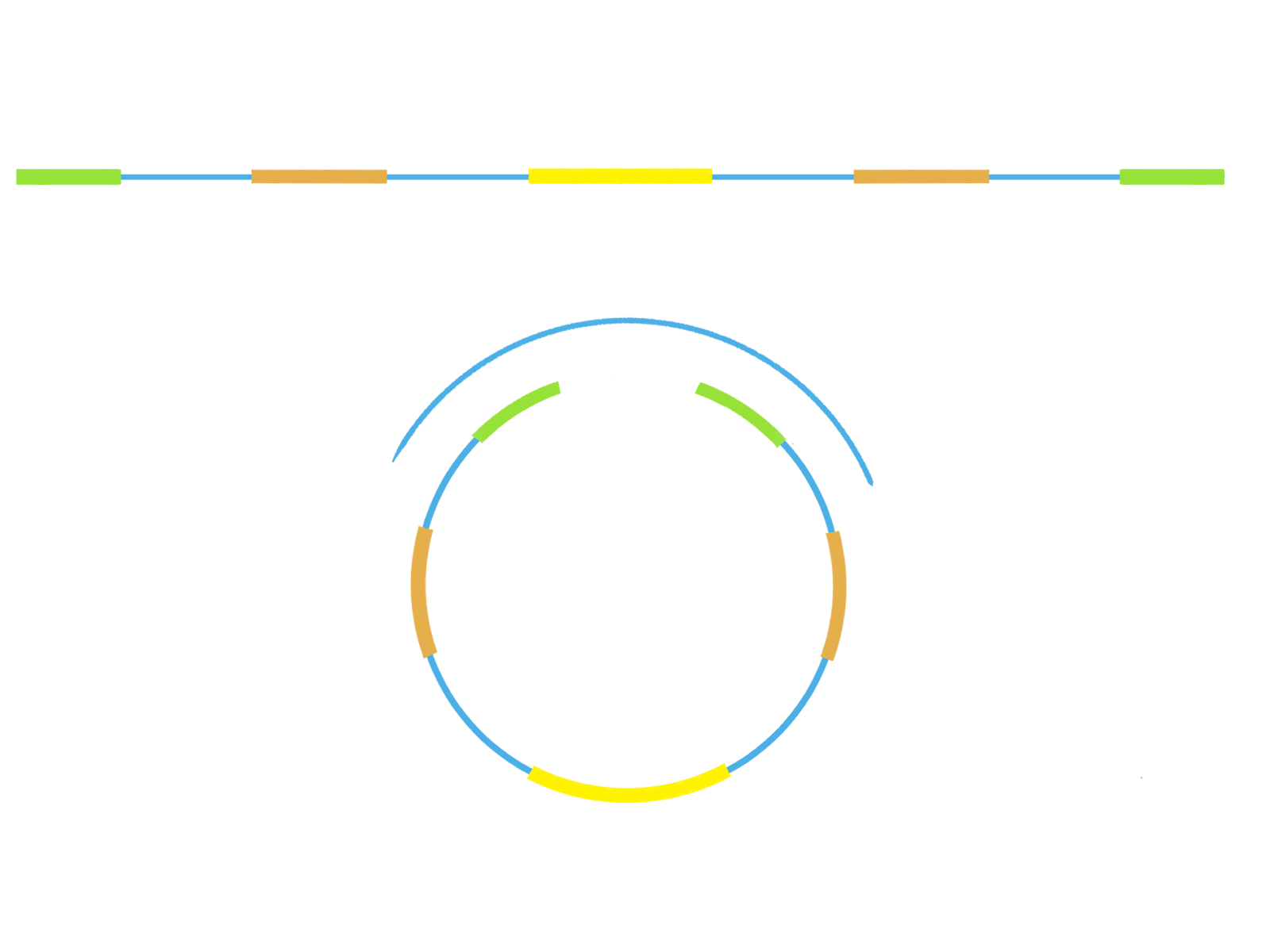 To optimize the synthesis of the circular template-primer complex by varying the temperature and incubation time of the ligation reaction.

Agarose gel electrophoresis allows for the separation of macromolecules like DNA based on size and provides semi-quantitative data regarding the amount of each fragment in the sample based on the brightness of the bands [3]. For this experiment, it was used to elucidate the optimal conditions for template circularization.

Phenol-chloroform extraction is a liquid-liquid extraction technique for purifying DNA samples. The partitioning of the liquid results in a lower organic phase, an interphase containing proteins, and an upper aqueous phase from which DNA can be isolated [4]. We used this technique to purify our circularized template-primer complexes. 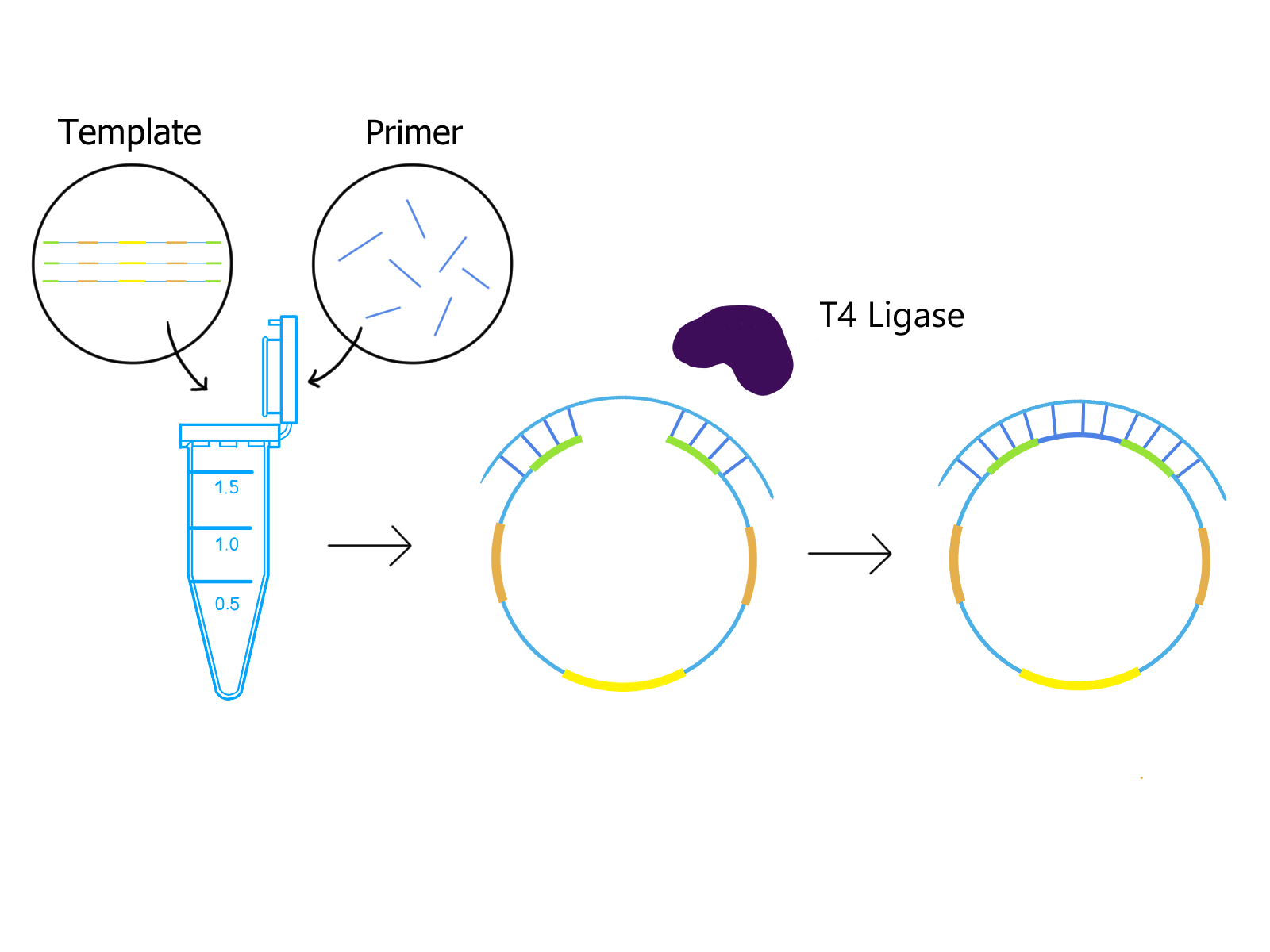 Following that, the sample was heated to 95°C for 5 minutes and cooled to room temperature for approximately 2.5 hours, decreasing at a rate of one degree every two minutes. Afterwards, 10 U of T4 ligase (NEB) was added for every microliter of the reaction. The sample was then subjected to one of the treatments listed above.

After the designated incubation time, the sample was heated to 65°C for 10 minutes to deactivate the T4 ligase.

A volume of phenol:chloroform:isoamyl alcohol (25:24:1) (Thermo Fisher) equal to that of the sample was added and the sample was vortexed for 20 seconds. After centrifuging for five minutes at 16,000 g, the aqueous phase was removed and transferred to another tube.

The following reagents were then added (glycogen was acquired from Thermo Fisher):

A 2% agarose gel was prepared using Top Vision Agarose (Thermo Fisher) and diluted 10x TBE buffer (Sigma-Aldrich). The samples were mixed with 6x purple loading dye (NEB) and ran at 120V until the dye front was two-thirds of the way down the gel. The gel was then imaged using the MultiImage Light Cabinet and the AlphImager program. 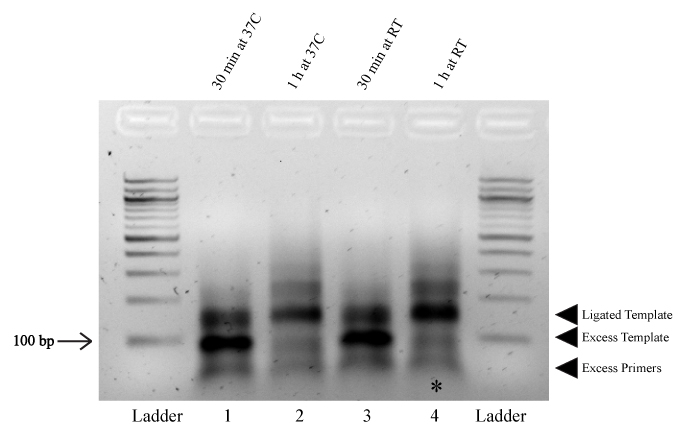 Image 3: Photo of an agarose gel showing the banding patterns made by template-primer complexes that have been subjected to different ligation conditions

Incubating samples at room temperature was found to be optimal in minimizing the amount of linear template leftover and maximizing the amount of circularized template-primer complexes (marked by a star in Image 3). Contrary to the findings of Bullard and Bowater, incubating at 37°C for 30 minutes was not sufficient to completely seal all nicks in the templates. This is possibly due to the template being circular, whereas their strands were linear, which may contribute to steric hindrance that prohibits rapid ligation.

Next Experiment: Sizing and Characterization