Regular maintenance of cells is crucial to the execution and success of our experiments. In this section, we describe the process of maintaining our two cell lines, KM-H2 and HL-60.

KM-H2 is a Hodgkin’s Lymphoma cell line established from the pleural effusion of a 37-year-old man in 1974 [1]. They are suspended round cells and heterogeneous in size with multiple nuclei. Our cell line was acquired from Dr. Christian Steidl’s lab at the BC Cancer Research Centre.

HL-60 is an acute myeloid leukemia cell line established from the peripheral blood of a 35-year-old woman in 1976 [2]. They are round cells in suspension. Our cell line was acquired from Dr. Martin Hirst’s lab at the Networks of Centres of Excellence. 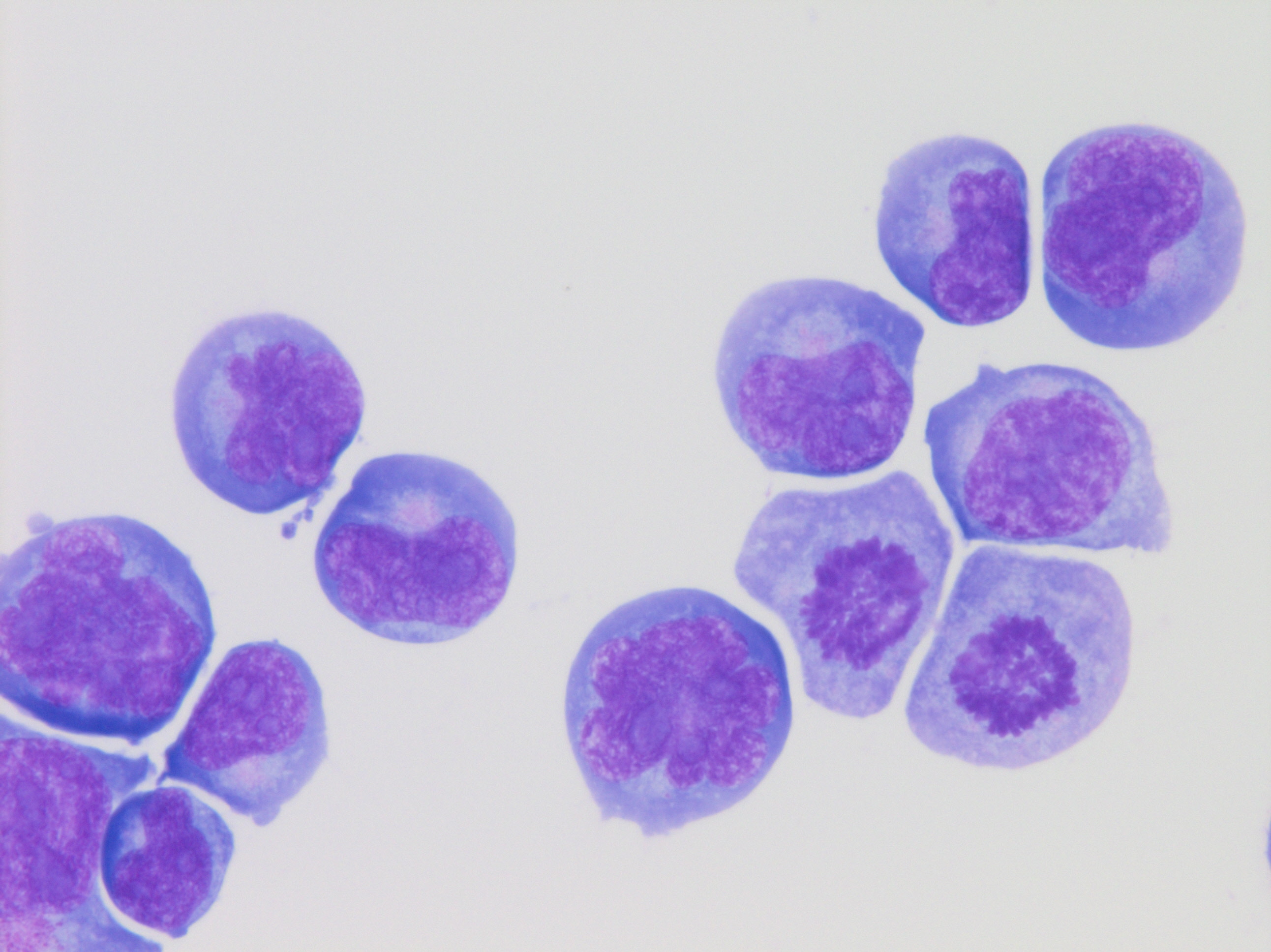 To maintain cell lines suitable for use in experiments

Both KM-H2 and HL-60 cell lines were maintained as follows:

Media for cell culture was made by supplementing RPMI 1640 + l-glutamine with fetal bovine serum (FBS) and penicillin-streptomycin to final concentrations of 10% and 1% respectively.

Cells were passaged 1:10 once a week, or with smaller splits depending on the needs of experiments. Passaging was done by pelleting cells by centrifuging at 1500 rpm for 5 minutes, removing the old media, and resuspending the pellet in fresh media to the desired split (i.e. resuspended in 10 mL for 1:10 split). Cells were then further diluted in fresh media when plating in T25 flasks and incubated at 37°C with 5% CO2.

Cells about to be passaged were pelleted and resuspended in freezing media to the desired density. The culture was then divided up among several cryovials and put immediately into the -80 °C freezer.