Targeting to Hodgkin’s lymphoma (HL) cells depends on the ability of the PS1NP aptamer to bind to them with high affinity and specificity.

In this experiment, we used flow cytometry to demonstrate that the PS1NP aptamer binds to HL cells with high affinity and interacts with acute myeloid leukemia cells to a much lesser extent.

Aptamers are DNA sequences that bind to specific target molecules with high affinity. They are discovered via the Systematic Evolution of Ligands via Exponential Enrichment (SELEX) method, where random sequences are iteratively tested for binding affinity towards a substrate.

The PS1NP aptamer was identified in this manner to be highly specific towards Hodgkin’s lymphoma cell lines. It bound to other types of blood cancer cells weakly or not at all [1]. Therefore it is expected that, when tested for its ability to bind to KMH2 (an HL cell line) and HL60 (an acute myeloid leukemia cell line), it would demonstrate a high affinity for the former and none for the latter. 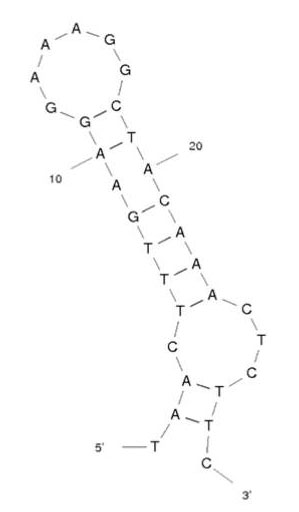 Image 1: Folded conformation and sequence of the PS1NP aptamer

To prove the PS1NP aptamer binds to HL cells with high affinity and specificity.

Flow cytometry is a method for analyzing protein expression, identifying cell types in a heterogeneous sample, and evaluating cell size and volume [2]. First, cells are fluorescently labeled for the desired marker(s). Afterwards, the cell suspension is loaded into the flow cytometer and passed in front of a laser one at a time. The machine measures forward and side scatters to determine the size and granularity of cells while detecting fluorescence signals.

KM-H2 (Hodgkin’s Lymphoma) and HL-60 (acute myeloid leukemia) cells were collected and pelleted by centrifuging at 1500 rpm for 5 minutes. After removing the media, the cells were washed twice with PBS, and live cells were counted using a hemocytometer. Cells were then resuspended in PBS to a concentration of 1x106 cells per mL. Following this, they were fixed through incubation with 4% formaldehyde in PBS for 15 minutes at room temperature. After washing twice with PBS post-fixation, cells were resuspended in binding buffer (10% FBS in PBS).

Nanoclews were prepared according to the protocol found in “Sizing and Characterization” (rolling circle amplification time: 6 hours), and aptamers with the FAM fluorophore conjugated to the 3’ end were annealed to them via the protocol on “Annealing Duplexes to Nanoclews”.

Three samples were prepared for KM-H2 cells, while HL-60 cells were subjected to only the first two treatments due to the assumption that the aptamer is what enables structure binding:

Samples were incubated at room temperature for thirty minutes and then washed twice with PBS. Cells were resuspended in 1 mL of PBS before being run in a flow cytometer.

All samples were run and processed in the Life Science Institute’s ubcFLOW facility by Andy Johnson. 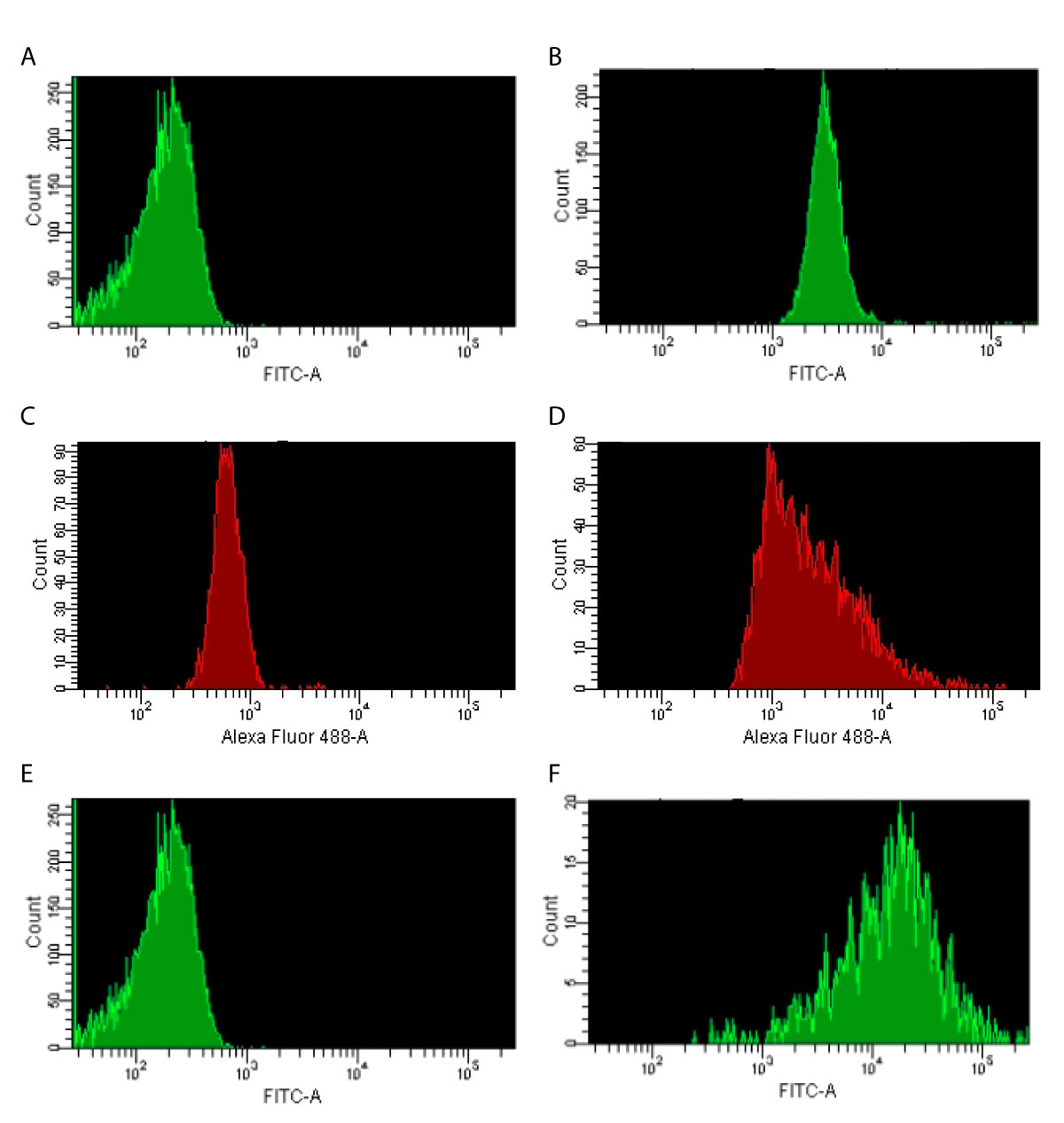 After treatment with the aptamer alone, KM-H2 cells yield a narrow peak with a clear shift when graph B is compared to A), demonstrating high-affinity binding. Looking at the HL-60 (acute myeloid leukemia) cells, the shift of the peak is less apparent (comparing graph D to C), but the distribution is broad with a right-handed tail, suggesting the presence of nonspecific binding.

With the aptamer attached to the nanoclew, an even more extreme shift occurs when graph F is compared to E), but it is broader than the peak generated with the aptamer alone. This result is expected as the nanoclew essentially creates aggregates of aptamers, making bound cells appear brighter.

As expected, the data demonstrates the ability of the PS1NP aptamer to bind with high affinity to a Hodgkin’s Lymphoma cell line. The decreased intensity of the shift for HL-60 cells suggests less aptamer binding, but further experiments involving primary (non-cancerous) cell cultures and better blockage of nonspecific binding is required before drawing broader conclusions.

For the nanoclew, the attachment of aptamers does not seem to inhibit binding ability. However, the determination of the maximum number of aptamers that can be annealed to a nanoclew and the study of how aptamers versus aptamer-nanoclew complexes interact with receptors on the cell’s surface would be useful in further characterizing its binding efficiency.